Democrats Have a Cornucopia of Candidates

Deval Patrick is not running for president!

I know. First Michael Avenatti drops out and now the former governor of Massachusetts. Who do the Democrats have left?

Ballotpedia, the online political encyclopedia, is currently counting 55 “potential Democratic presidential candidates,” most of them politicians or billionaires. (Or both — Good morning, Michael Bloomberg.)

There are also 418 people who have already declared their intent to run to the Federal Election Commission. Unless you happen to live on the same block as one of them, you probably have never heard any of their names. This is a thing low-profile people do when they want to get attention in a virtuous, nonviolent way. And easier than decorating your Christmas lawn with 47 dancing reindeer.

Both Deval Patrick and Michael Avenatti made the Ballotpedia list. But now they’ve joined the much more exclusive list of Democratic names who have ruled out a race.

Avenatti became famous as Stormy Daniels’s lawyer, a kind of high-end version of the reindeer-lawn strategy. He made campaign visits to Iowa and New Hampshire, which created quite a bit of buzz. Perhaps he lost interest when it became clear that while many people wanted to get a look at him, nobody actually wanted to vote for him.

Or maybe it was Avenatti’s recent arrest on domestic violence charges. Or his law firm’s eviction from its offices for nonpayment of rent. Anyhow, he withdrew, citing family considerations.

Former governor Patrick, who is a popular member of the Obama crowd, really did have family considerations And to be fair, he never said he was running in the first place. But he was talked about. That’s more than you can say for Representative John Delaney of Maryland, who has already been out campaigning for president for more than a year. The man has been to all 99 counties in Iowa, and admit it — you don’t even know who he is.

Patrick’s farewell means that when it comes to presidential prospects, the state that gave us John Kennedy is pretty much down to two senators plus John (“not taking anything off the table”) Kerry. Plus nine House members including Joe (“I have no plans”) Kennedy III.

Look around the country — the possibilities are endless. There are 47 Democratic Senators, most of whom, I guarantee you, are at least daydreaming. And next year there will be at least 234 Democrats in the House of Representatives, all walking around looking available. If you run into one, try to avoid mentioning that we haven’t elected a House member president since James Garfield.

Governors are a much better bet. The Democrats have 16 right now beginning, alphabetically, with Jerry Brown of California. Brown is 80, but that’s not necessarily a problem this year. The only limit on the age side seems to be a preference for politicians who would not pass 90 before the end of their first presidential term.

Governors are attractive candidates, since they have that chief-executive look, and almost no one outside their state has had a chance to get sick of them. When you’re dropping names over the holidays, just try saying “I’m looking hard at Steve Bullock of Montana.” Everybody will nod and seem blankly impressed.

Or what about Tom Wolf of Pennsylvania, who just won re-election against a guy who threatened to “stomp all over your face with golf spikes?” Or Jay (“not ruling out a run”) Inslee of Washington? Wolf is from a much more important state, but he has a beard. We haven’t had a seriously bearded president since Benjamin Harrison.

Or John Bel Edwards of Louisiana? He’s not being talked about much, and his triumph in becoming the only Democratic governor in the Deep South was due in large part to the fact that his opponent, then-senator David Vitter, had a rather spectacular problem along the client-of-prostitutes line. To be honest, I’m bringing him up just so I can point out that during a gubernatorial debate, when Vitter accused Edwards of failing to give all-out support to a state business group, the Democrat shot back: “I give 100 percent to my wife. That’s who I give 100 percent to, Senator. You ought to try it.”

I could imagine that working really well on Donald Trump.

Senator Kamala Harris, a much-mentioned prospect, says “over the holiday I will make that decision with my family.” There’s a lot of talk about figuring out whether to run for president over Christmas. It’ll be lucky if anybody remembers to trim the tree. And come January 2, the race to the microphones will sound like an elk herd stampede.

Meanwhile, Democratic officials are trying to figure out how you stage a debate with three or four dozen people.

I think the least I can do is to let it be known right now that I am not a candidate for president. If nominated I will not run, if elected I will not serve. Well, maybe if elected. But no running. 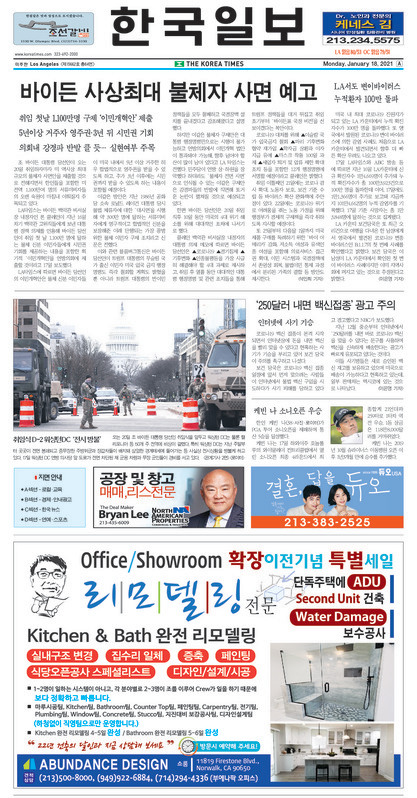